From January to July this year, the West-East Gas Transmission Company resolutely implemented the decision-making and deployment of the Party Group of the Group Company, took the initiative to face difficulties, launched a comprehensive battle against epidemic prevention and control, improved quality and increased efficiency, and achieved 43.01 billion cubic meters of goods transported through the pipeline. Under extremely difficult circumstances, all indicators were basically the same as those of the same period last year, keeping the two bottom lines of "zero accidents" in production safety and "zero epidemic situation" in the workplace.

During the epidemic in the first half of the year, most areas in Hubei Province closed villages, closed roads and restricted traffic, and pipeline protection faced unprecedented challenges. Wuhan Management Office of West-to-East Gas Transmission Co., Ltd. coordinated the passage of vehicles at the first time, formulated a "one person, one policy" inspection plan, and mobilized the masses to take care of them nearby, so that the inspection standards and frequency would not decrease. Set up an emergency reserve team, fully guarantee the reliable operation of equipment and facilities, and successfully complete nearly 80% of natural gas supply tasks in Hubei Province in special period.

Facing the severe situation of explosive construction along the pipeline after the epidemic, the West-East Gas Pipeline strictly implements the standardized management of the construction site, and the construction site is not withdrawn and the supervision is not left, thus achieving two "100%" in the information collection rate and safety control rate of 4650 construction sites, and the number of optical cable damages is hard reduced. At the same time, focus on key equipment, key systems and key functions, deepen the activities of "equipment re-understanding, process re-learning", and promote preventive maintenance as a whole. From January to July, the compressor unit runs for up to 176,000 hours, with an average trouble-free running time of up to 7,700 hours, an increase of 54% year-on-year and a record high.

After entering the flood control stage, the West-East Gas Pipeline will strictly guard against major floods and risks. Central China, South China and Jiangnan entered the flood season early, with many rainstorms. The water level of major rivers exceeded the alert and threatened greatly, and the flood control pressure along the pipeline was huge. The company strengthened the identification of water damage disasters, encrypted the patrol inspection of key parts, strengthened the sharing of rain, flood and disaster between enterprises and places, jointly controlled by joint defense and guarded by sections, initiated emergency response 10 times in total, and eliminated more than 400 dangerous situations such as water inflow in valve chamber, bank slope collapse and pipeline exposure, so as to ensure the safety of pipelines with zero damage during flood season. 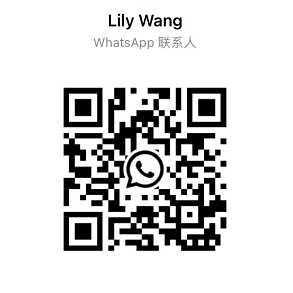